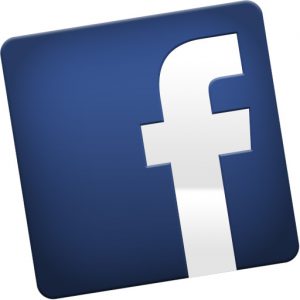 The Facebook Timeline has undergone a redesign, offering a more customizable wall to show your latest activity. Apart from rearranging your information into a sleeker pair of columns, the new layout features standalone app modules, allowing you to import your information from third-party apps in addition to using Facebook’s own applications.

The redesign  simplifies the organisation of your information, so you no longer have to jump between columns to read your information in chronological order. Instead, your posts are collected in the wider right column, whilst the left column contains your information, friends list and the apps you choose to display.

Users can now enjoy more choice in how their Timeline looks, by manually choosing which apps to display and in what order. Apps are also displayed in the “About” tab, which is now simply an expanded version of the left-hand Timeline column, only featuring additional information such as gender, date of birth and lower tiers of education.

The new Timeline makes apps easier to discover by a user’s friends, offering more visibility and potential custom to app developers. Facebook needs to attract app developers to create apps in its platform, and offering them greater visibility and greater flexibility in position (albeit through the choice of the users) will certainly catch some attention. Developers will have to encourage users who download their app to add it to their profile, with users retaining control of what is shown on their profile and the order in which they are displayed.

Featured in the new column by default are Open Graph apps, including Movies, Music, Books and Fitness modules, so you can show your recent activity in a simple, self-contained, standalone box. Users are now able to display which films they have watched recently and which ones they want to watch, in addition to the films which they already like, now in a “likes” tab on the Movies module. Music, TV shows and books also feature this set-up of three tabs, allowing you to show what you’ve already done, what you want to do and which of those you “like”.

Third party apps will allow users to show their recent activity without having to manually update their page, but users will be able to control which apps they use, where they are positioned, and what information they give. Developers are being given the option to show off their products and put them to work in a new way within the Facebook platform, but users retain control over them. Apps will therefore enjoy more visibility and an improved chance of reaching their target audience through similar existing users, but it relies on the choice of the user to include the app and to utilise it effectively.

Facebook is appealing to users to further interact with and invest in their profiles, offering them a more accurate and flexible reflection of their personalities, and it comes with a positive financial side effect. The new way of integrating apps will allow developers to better analyse their advertising and reach and will encourage them to build within Facebook’s platform. Facebook is simultaneously garnering loyalty from both app developers and users, maintaining a usable social media platform whilst increasing the possibilities and opportunities for third-parties. Both users and developers will be happy with more options for apps: developers will provide them, and users will use them.