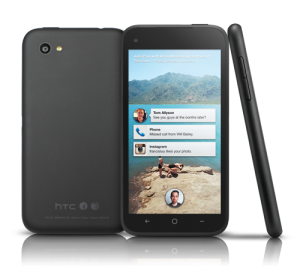 Facebook may have changed the way we use our favourite apps with last week’s announcement of Facebook Home , a “family of apps” which acts as a “wrapper” for Android. The result is a takeover of your home screen by the social network, with users operating all of their phone’s features, and apps, from Facebook.

The aim behind the new Facebook Home apps is to have users interact more with people (albeit through Facebook) rather than with apps. Users will have an instant connection with their friend’s activity with Home, exchanging the relatively small usage of the Facebook app, which users would open a few times a day, with an instant, always-on home screen or lock screen, visible every time you use your phone.  The benefits for Facebook are obvious: Home sees Facebook bully their way to the top of the queue for app activity and can now function as a platform from which to launch other apps. As a “family of apps” which takes over your home screen, users will access apps within the wider Facebook app.

Users still maintain a level of choice with the feature. It must be downloaded on most models an can be turned off if the user prefers the usual HTC home screen. Facebook’s aim is obvious though , our connection could be faster, and can even take no time at all. Home offers a perpetual connection to our online social networks, without having to open an app.

There is still plenty of room for apps though. It seems Facebook’s intention is not to provide a product to kill off apps, which Zuckerberg described as a legacy of the computer world. Rather, Facebook have recognised that their product is not well suited to apps, with Facebook’s app proving divisive among users. Home aims to give Facebook more of a presence in your mobile life and allows you to keep using apps, though from your new Facebook base.

One of the key features appears to messaging, with users able to check their messages without interfering with the app they are using. Chats will pop up on top of apps, putting interaction and messaging at the forefront.

Ads will not appear in the coverfeed at first, but Zuckerberg confirmed that it is a possibility for the future. Home might prove to be a good moneymaker for Facebook, with other apps being launched from within it, but the social network are being careful not to scare users away with the promise of ads as soon as you open your phone.

The market reaction to Home is still yet to be seen, but already commentators are pointing out that Facebook is trying to force a position as a middle-man between you and the apps you use day to day. For users and  app developers  alike, it’s omnipresence may prove annoying, restrictive and harmful to business, keeping everything within a Facebook-controlled area of the phone.

Will app developers be happy that Facebook have reduced all other development projects to Facebook Home apps, launched from Facebook’s platform? That’s not what they were developed for.