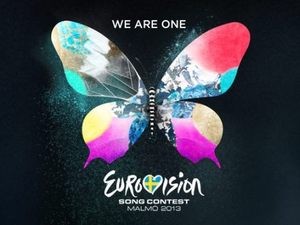 Love it or hate it, it’s been around since 1956 and isn’t going away anytime soon.  It’ll clog up your TV, Twitter feed and Facebook Wall for one Saturday night in May every year –  it’s Eurovision.  This year the organisers have decided an app is required to accompany the annual singing competition.

The app lets everyone fanatical about Eurovision immerse themselves in the build up to the big night.  With regular updates about the preparations including interviews with the performers, videos of the rehearsals and the official video for each song.  Then once you’ve assembled your friends, bought enough alcohol, chips, dips and set yourselves up in the home of the person with the biggest TV, the app can really be used properly.  While the performance is live on the screen, you can read the lyrics to the songs, see the performers background information and even read some facts about their country.  The only thing missing from the app is the ability to vote, which will still have to be done through a premium rate phone number.

There’s iTunes integration (on the iOS version) which lets you buy each of the entrants songs through the app’s ‘music shop’ tab.  Facebook and Twitter are also heavily integrated into the app, allowing you to share anything from the app’s timeline through your own social networks.

It’s a well designed companion app, the interface is very simple and easy to use (it reminds me of a lighter version of the Facebook app) and it’s good to see such an old competition keeping current and embracing new technology.

Just as a side note, a quick survey in the office has shown that 2 out of 3 people are not fans of the Eurovision, however as our fondness for wages is higher than our dislike of the Europewide talent competition, our review of the Eurovision app is completely impartial.