Google Glass Developers – Why Should They Bother? 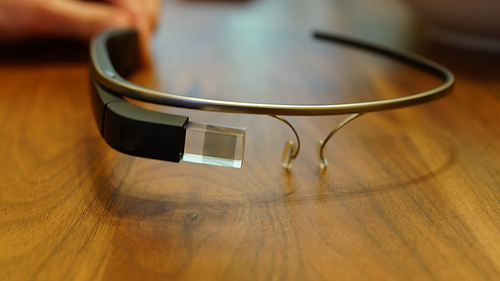 Google Glass has been available to hardcore fans and developers since the start of the year and the general release is due for Winter time.  In an announcement last month, Google outlined the restrictions for third parties wanting to develop Glasswear (apps for the Google Glass device).  In this announcement they were very clear about one thing in particular – no money was to be made from Glasswear, either through paid downloads or advertising.  Which does make you think – why are Google Glass developers going to bother?

Well the obvious answer to that question is to raise their profile, developers want to be seen as being at the forefront of the industry and by developing a piece of Glasswear they will show how versatile they can be.  Also Google have put no time scale on how long they will prevent people charging for anything developed for Glass, it could be removed sometime in the near future.  Developers don’t want to miss out, so now is the right time to hone their skills just in case they will be allowed to directly make money from Glasswear in the future.  The policy also  doesn’t  prevent developers charging to build app’s for other people.  So say for example McDonalds or Starbucks wanted to direct people using Glass to the nearest store, they could outsource it to a Glasswear developer and it would be a great marketing tool to give away for free.

Seeing as Google’s entire business model is founded on advertising, it seems a bit hypocritical for them to be telling developers they are not allowed to include adverts.  Although going back to a quote from my Apple vs AppGratis argument, it’s their app store and they can do what they want.  Public opinion must be taken into consideration though – do users want to be bombarded with adverts, literally, in their faces, all of the time?  It would dramatically reduce the quality of the user experience to have adverts in the apps.

Hopefully even though developers are not going to be able to directly make money right now from Glasswear, they will put some serious hard work into developing.  The cost to buy a pair is likely to be less than the launch price of $1500, but probably still around the same price of a brand new iPhone.  People are going to be wanting high quality apps to put on their device and Google’s current quality standards are painfully low for Android.  Hopefully this high end gadget will, in time, bring with it some high quality applications for people to integrate into their lives.