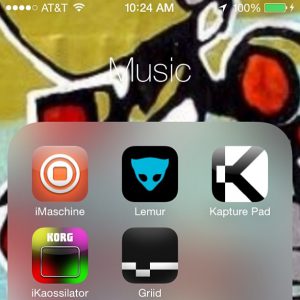 The most dramatic redesign in the iPhone’s history has seen Jony Ive’s influence permeate from the hardware to the operating system, with iOS 7 featuring cleaner, flatter design and the removal of the skeuomorphism that the iPhone was famous for.

With the new OS, Apple has improved their offering by confronting some of the issues users had and by addressing the deficiencies in comparison to Android. In an effort to create a better experience for an iPhone user, Apple has added to their features , but that may come as a negative effect on some app developers.

iPhone developers had done quite well from filling these gaps, building apps which would ensure users had all the functions they wanted at hand or even alternatives to some of the more poorly designed apps which came as standard and could not be deleted, such as the weather app.

It is a testament to Apple’s branding that these deficiencies did not really harm the company’s performance in the market. Android users would no doubt point to those deficiencies as a reason for choosing an alternative. But Apple’s redesign seems to be an attempt at reducing the effectiveness of this argument and of satisfying a wider user base. And they’ve done it very well. But will app developers suffer?

Take the flashlight feature. This doesn’t appear on most phones, even those running Android, so apps tap into the cameras LED to provide a solution. There are many apps which perform this function on iPhone, but with iOS 7 there will be a flashlight in the Control Centre. With a light coming as standard, there won’t be much use for those 1273 apps which come up when you search for “flashlight” in the app store. Some are free but many have prices of up to a couple of pounds, and it doesn’t look like any of them will perform the function of a flashlight better than the new iOS torch, a possible blow for an iOS developer who made this novelty kind of apps.

The camera feature has received an update too, adding a number of filters and a panoramic feature. This will have little impact on the major brands such as Flickr and Instagram, with photo sharing sites maybe even benefiting from a new flood of better photos, but camera apps designed to do more with the iPhone’s camera , filter apps may find that they no longer offer anything more than what comes as standard.
iTunes Radio may prove to be a competitor for music streaming apps such as Pandora, though it probably won’t pose a threat to its existence. iTunes Radio will come as standard in the iOS Music app, offering links to purchase the songs you hear directly through iTunes. Pandora is already an established name, but Apple has plugged a gap which saw customers forced to look to 3rd party apps for a service. Many new Apple users, and even existing ones, will be satisfied with iTunes Radio, and will probably not bother seeking an alternative.

So some apps may suffer with the new features coming in for the new Apple OS. But that doesn’t mean it’s all doom and gloom , it’s good if anything. Apple was in need of a refresh in terms of design and the app store and developers won’t be harmed by having a refresh of their own. iOS 7 developers  will have new features to play with and new, better apps to create. Sure, some apps may become redundant in the process, but that is the price of progress. The services they perform will not be lost , they are just being incorporated into the standard iOS experience.