Lack of Apps for Windows 8 leads to Windows/Android Hybrid 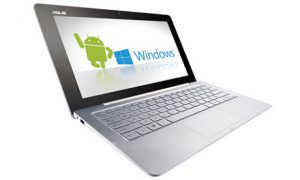 Windows 8 has not enjoyed the success of its rival mobile operating systems, which some may see as surprising, seeing as Microsoft has been a household name in computing for more than two decades.

Recently, though, some devices have been released with a Windows/Android Hybrid OS. “Windroid”, as it has been dubbed, will run on some Asus and Samsung devices, with the system designed to run Windows in desktop mode, and Android when the computer screen is used as a Tablet.

This could be seen as an admission of fault from Microsoft. They have had to partner with a competing mobile OS, as their system is struggling to gain traction.

The reason behind this is simple , there just aren’t enough apps for Windows 8.

For the tablet/laptop hybrid devices, which will mostly be used by very mobile professionals, Windows 8 just doesn’t cut it when taking your work away from your desk. Windows can boast that 100,000 apps are now available on 8, but Android and Apple boast at least seven times that number each. The quality of the Windows apps is not as high as those on rival systems either , Apple has very strict submission and approval guidelines, but Windows was forced to offer developers cash to build apps on their platform in an effort to drive the numbers of apps up. This idea came under criticism, as it seemed to encourage quantity rather than quality.

Windows might be the go-to system for desktop computing, but when you want to take your work with you, there are simply much better alternatives.

That could be changing though. Windows 8 is growing, and rapidly. Starting with mobile phones, apps for Windows 8 are getting better and as the system becomes more popular, more app developers are being attracted to build apps for the platform. As more apps of a higher quality are being developed for mobile, naturally they will start to migrate to desktop (and the successful desktop apps will be optimised and ported to mobile). As consumers grow fonder of Windows 8 and developers continue to build better apps for the Microsoft OS, more hardware manufacturers will be willing to use Windows 8 on their devices.

Getting into bed with Android may seem backwards, but the hybrid devices may ensure the survival of Windows 8 at a time when the system is growing fast. The original growth of the OS might seem a little artificial, but it gave Microsoft a good platform to start to build a truly organic app ecosystem. Now is a better time than any to commit to build excellent Windows 8 apps. The platform is large enough to make it a worthwhile endeavour, but the market is still wide open.

This is still very much the early stage of the Windows 8 story. Windows will no doubt start to perfect their mobile OS, to enable them to smooth the transition from desk to mobile and provide a more consistent experience. Building great apps for Windows 8 before the system starts to become saturated can only be a good idea , developers who choose to do so can take advantage of a very public yet very under-developed platform, and cement their place as a market leader.