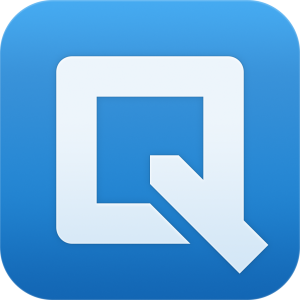 This week we’re looking at Quip – the latest productivity app to come to the market.  The app has been released by former Facebook CTO, Bret Taylor and by the looks of it is trying to compete with the likes of Google Docs and Office 365.

One of the main selling points for Quip is it’s simplicity.  Some people may see it as being quite restricted, but I see it more as being a simplistic, stripped down mobile word processor. Quip allows you to create documents, lists, insert pictures and give sections headings, but lacks some features like font styles, sizes and other formatting options.  The layout of it is simple too, all of the menus are navigated by swiping your finger on the screen and the menus are divided up into inbox for notifications, desktop to look through folders and the individual documents themselves.

The other main selling point is how well it works with multiple collaborators. Every time someone makes a change on your document, you get a notification called a ‘Diff’. These show you what changes have been made by someone else and makes it really simple to track how the document is progressing.  It will locks paragraphs when someone starts working on it, which is one of the main bugbears with Google Docs, when two people start trying to work on the same paragraph it jumps around the screen a bit too much and can be quite tricky to follow.  The lists function allows you to embed tick boxes so say for example you wanted to share a shopping list with a few people, as soon as someone has picked up an item off the list they can tick the box and you know not to look for it.

Quip isn’t perfect however, it does have it’s problems.  There is no way to export the document to word, everything has to be saved and exported as a PDF, which is slightly annoying, but not a great issue.  The other main problem is the lack of spreadsheets, Google Docs and Office 365 both have spreadsheets built into them. However this could come in the future and if you’re not using it for business then the text editor should be plenty for you.

On the whole I really like Quip, it’s simple design and ease of sharing documents is brilliant.  It’s not powerful enough to replace Google Docs or Office 365 at the moment in an office setting, however for personal or social use it’s a lot simpler and easier to use than either of them.  This is quite a quick overview of the features of Quip, I definitely recommend that you download it and have a go, especially as it’s free!

Quip is currently only available for iOS devices,  however an Android version will probably be released in the near future, you can download it here