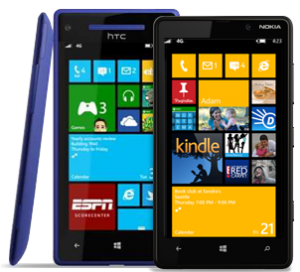 Anyone who has a Windows phone may have noticed the lack of apps available in comparison to iOS or Android.  Currently the Windows Store only has 160,000 apps available (the Apple App Store by comparison has over 900,000).  This is probably because the Apple App Store has been live for over 5 years now, whereas the Windows Store has only been active since October 2012, giving it much more of a chance to fill up.  However Windows are not happy with the lack of apps in it’s store and are trying everything to encourage developers to get apps developed.  Their latest attempt is to completely circumvent developers and let anyone build an app.

The Windows Phone App Studio has been launched this week in beta and is essentially a WYSIWYG app development tool.  It’s web based and allows people to create their own HTML based apps either from scratch or from a selection of pre-made templates which include sports team, restaurant menu, company, store and band, among others.  If you select a template you just need to customize the content which is loaded in each tile, pick a colour scheme and upload any images you want to include, simple as that.  To get access to the App Studio you don’t need a developers account, you just need a Microsoft account which anyone can sign up for.  You can download the app you’ve made onto your own phone, but if you would like to publish it then you will have to register as a Windows Developer which has a cost attached to it.

So if anyone can make an app for Windows now, why would you want to pay someone else to do it?  We’ve taken a look at some of the apps that have been made using the App Studio and they are all just very crude, awkwardly arranged, mobile websites which don’t use any of the phones functionality.  Microsoft have suggested that the App Studio can be used for developers to make ‘Rapid Prototypes’ before moving on to more in depth coding.  This seems highly unlikely because of how unimaginative all of the layouts are, any developer would scrap the whole thing before developing a fully functioning app.

While we love to see Windows raising more interest in their apps, this isn’t the right way to go about it.  If too many people release these homemade apps with no native functionality and very little features other than just displaying some basic information – the Windows Store will get a bad reputation for low quality apps.

If you’re thinking about having your own app for Windows developed, then get in touch with us today.