App of the Week 16th September 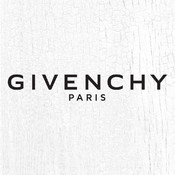 Currently in the middle of London Fashion Week, it’s actually quite surprising that no one had released a dedicated app to promote the event.  Our app of the week was launched just before it though, which makes me think that despite not having any mentions anywhere inside the fashion app, it was probably timed nicely to coincide with one of the biggest events in the fashion world.  It’s the latest in a long line of apps to be launched by luxury online fashion brand Net-A-Porter for Givenchy Women and it’s a really stylish high-end m-commerce (Mobile-Commerce) app.

There are very few functions within the app and the selection of products listed is very small, however a quick scan through the app shows the cheapest product being over £300, so they can get away with not having an extensive selection.  The big attraction here is the stylish design, everything is framed inside a thick black border around the outside and quite unsurprisingly the pictures are given prime position.  It’s all very decadent, with no social sharing functions, the only menu options you have are shop, basket and your account, which is sort of what you would expect from an app prompting you to spend thousands of pounds through it.

The Givenchy app links in with all of the other Net-A-Porter apps, meaning if you have an account in one of them, you just have to log in to use this app, there’s no need to create another account.  Regional settings allow you to change your currency, but it will default to the locality of the app store you downloaded it from.  Givenchy promise to deliver anywhere in the world and will even do same day delivery for people in New York and London.

So all together it’s a really good app, basic but very functional and heavily design focused. It would be interesting to see how many people actually use the app to make their large purchases though.  We did a bit of research on this and found that although the average m-commerce spend is increasing, this is certainly more money than a lot of people are used to spending in-app.