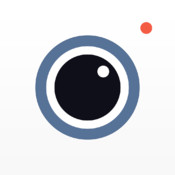 Anyone who uses Instagram as much as I do (not too much, honest) is always on the lookout for new editing apps to make their photo’s look as good as possible before sharing them with the world.  We’ve never featured a photo editing app as app of the week before, and as the weather is changing to Autumn, the time of year that makes for the best photographs, I thought it was time to feature one that I found over the weekend – InstaSize.

Even after iOS 7 launched  the square camera function, I still keep on forgetting to use it. This means that generally parts of the photo’s I’ve taken have to be cropped off at the sides. InstaSize is the easiest tool I could find to make those photos up-loadable to Instagram at full size.  It’s really simple to do, you just open the photo in the app and it’s automatically made to fit Instagram. A couple of taps later you can have it uploaded into your photostream, Twitter feed, Facebook wall or just saved locally to your phone.

The app also features a handful of free filters, frames and ‘stitches’ to let you arrange your photo’s into a collage.  There’s a collection of in-app purchases like additional filters, backgrounds and fonts to help make your photos look even more special, all of which cost 69p and some are really the money.  There is an option to remove ads for 69p as well but unless you’re using the app multiple times in a day, I can’t see anyone paying to remove.

It’s a really helpful photo editing app, not just for Instagram users but for anyone who takes a lot of photos on their phone and wants to do something with them.  The interface is really simple to use, unlike a lot of photo editing apps I’ve used before and it’s integration with Instagram is fantastic.  I would recommend this to anyone who likes to take photos with their phone, especially because it’s free for all the basic functions and it’s just the add on’s that you have to pay for.