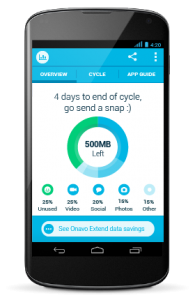 Mark Zuckerberg has been shopping again, this time Facebook has acquired is Onavo, the Tel Aviv based mobile analytics company.  Onavo made it into our App of the Week review way back in May when I took a look at their Onavo Protect app, an app designed to keep your personal information safe while browsing the internet.  So what does a company like Facebook want with Onavo?

According to a statement on the Onavo blog which can be seen here, the merger has a lot to do with Facebook’s Internet.org project, which aims to get the remaining two thirds of the world online.  The most obvious use for Onavo’s technology then that I can see is their Extend app which compresses data before it is downloaded through 3G, this makes downloading mobile data faster and eats up less of a users 3G allowance.  Take this technology to a country with an emerging mobile market and it will make being online via 3G much more affordable.

The less obvious, but perhaps more practical reason behind the pairing is now Facebook will be able to get full use of Onavo’s analytics side of the business – they will be able to get a better understanding of who is downloading the Facebook app, how well it is working and how best to optimise their app for emerging markets.

As well as being a subsidiary of Facebook, the Onavo office will now become a new Facebook satellite office, marking the first time the American company has had a physical presence in Israel.  The companies existing iPhone and Android apps will continue to be available through the app store under the Onavo branding, which means that the merger will probably have very little impact (if any at all) on existing Onavo users.

Quite interestingly in the app of the week post I did about Onavo Protect, I questioned at the end how Onavo plans to make money considering all of their apps are free.  Well if todays estimations are to be believed the company was acquired for as much as $200 Million, making my original statement of “Onavo could be a very valuable company indeed” quite true.