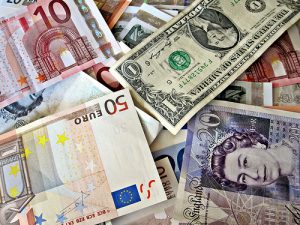 In one of our many office discussions, we stumbled onto the topic of app marketing, how much on average is spent and how that translates into download figures.  I decided to take a look into it and to be honest I was quite surprised by what I found out.

First of all I came across a TechCrunch article that was published in 2012 showing a table with the average cost per install from January to June in 2012.  This table shows that in January the average app marketing CPI for iOS was $0.59 and for Android $0.30; by June this figure was $0.92 for iOS and $0.51 for Android marking an increase of 56% and 70% respectively.  These figures are instantly alarming for anyone who is releasing apps for $0.99 and have no further monetisation methods. Especially when you take Apple’s 30% cut into consideration, developers are losing money on their apps.

These figures were released in 2012 though, so how had things changed over the last year?

Well after much hunting through mountains of facts and figures I found a useful post on app marketing firm Fisku’s website.  This looks at the cost per loyal user (the cost of getting one download which results in your app being opened at least three times) so slightly different but a more useful metric.  The cost was at a high of $1.57 in January of this year and admittedly dipped right up until July when it skyrockets up to $1.80 in July and $1.90 in August.  This doesn’t specify between Android or iOS but it does show a 21% increase in six months.

So what can we take from this mammoth set of figures?

First of all, the cost to developers per download is on the rise and it’s showing no signs of slowing down as larger companies enter the market with bigger budgets to attract new customers.

Secondly, the $0.99 app market is on its last legs.  Developers can’t afford to be releasing apps for $0.99 and expect to make any money from them when they have to spend $1.90 on acquiring a customer who will open their app three times.  This model was fine five years ago when the app store launched and the level of competition was fairly low, developers could expect to make a return on their apps at this price.  Now developers need to find new ways to generate revenue, either through in app purchases, subscription models, affiliate links or aggressive advertising in their apps.