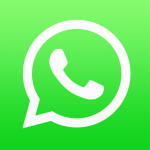 Never shy of a company acquisition, this week Facebook bought direct messaging application WhatsApp for reportedly up to $19bn.  This is the third purchase from Facebook this year (the other two being American firm Branch and Indian company Little Eye Labs) but the largest by far, to date.  As always after any big merger such as this, some people are starting to question exactly what Facebook plans on doing with the direct messaging service (and its projected 1bn plus users).

Last year we took a look at Facebook’s internet.org programme which aims to make the internet more available to people in developing countries.  Much of the WhatsApp user base can be found in the developing world, making likely that the WhatsApp platform will be used as a launchpad for international expansion with Facebook.  Although Facebook has a userbase of over 1.2bn, many of these people can be found in the developed world and Facebook has pretty much hit saturation.  There are still over 4bn people left in the world that Facebook will want to sign up for an account and WhatsApp could be the tool to do so.

Facebook is obviously putting a massive importance on direct messaging, Instagram Direct was launched last year (although no figures were available on how successful that has been).  It will be interesting to see if the Facebook Messenger app gets integrated with WhatsApp (so you will be able to read all of your Facebook messages in WhatsApp and vice-versa).  What is clear, at the moment at least, Facebook have no intention of placing adverts into WhatsApp, Zuckerberg claims “Once we get to being a service that has a billion, two billion, three billion people one day, there are many clear ways we can monetize,” although he didn’t explain what those were.

There will naturally be people who decide they no longer want to use WhatsApp now it’s owned by Facebook, those people have plenty of options.  Alternatives include Kik, Viber, Skype and the (finally) cross platform BBM.  Of course if you have an iPhone, you already have iMessage as standard for getting in touch with other iOS users (my personal favourite).

Probably the best thing to come from this whole merger is the news that in 2009, Facebook turned down WhatsApp co-founder Brian Acton for a job.  Almost certainly the most expensive recruitment mistake in Facebook’s history.