App of the Week 25th February 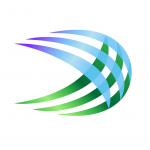 A day late this week (sorry) but here’s our favourite app for the last week in February.  It’s a system that’s actually been available for Android devices for quite some time now, but has only recently been made available for iOS. It’s called SwiftKey Note, the SwiftKey system on Android taps into users Facebook, Twitter and Gmail accounts, analysing writing style and common mistakes to provide corrections and suggestions across all of these apps.  Apple doesn’t actually allow any third party applications access its iOS keyboard though, so this is a bit of a watered down version which only looks at typing inside the Note app itself.

The crux of the application is the smart keyboard, it learns more about the way you type than the traditional iOS keyboard making it more likely to give you the correct suggestions based on any mistakes you regularly make.  It also learns about what you type over time, providing suggestions of what your next word might want to be; the best example of this is given in the App Store screenshots of ‘Visiting Mom in¢â‚¬ ¦’ to which the application gives two destination suggestions, six months apart.

Aside from a more advanced keyboard than the standard iOS one, SwiftKey Note doesn’t add a great deal of functionality to your phone.  Things that you write are divided into Notes, Notebooks and Tags.  The notes are what you create, the notebooks allow you to assign your notes in collections, and tags lets you avoid pigeonholing stuff all together.  All of the notes can be exported to your Evernote account, which makes this a great addition for Evernote users, rather than a replacement.

I really like the look and feel and SwiftKey Note, I’ve only been using it for a short period of time, but you notice a considerable difference in the amount of corrections you have to make when you navigate out of the app and start typing something in Facebook.  This I suppose you could say is one of the biggest downfalls of the app, but that’s not SwiftKey’s fault – it’s Apples for having such tight restrictions when it comes to the native keyboard.  If you’re a prolific note taker like I am and would be interested in an alternative to the standard iOS keyboard, it’s well worth a download and use.