App of the Week 14th April 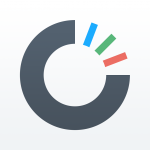 Announced last week with a load of publicity to boot, Carousel is the new app from cloud storage firm Dropbox.  If you’re having trouble finding it in the app store, just search for ”  Carousel by Dropbox  ” and it’ll be the first listing.  The idea behind it is to work as a cloud based solution for saving and sharing your photos, but when the Dropbox app already lets you do this and so does iCloud, what makes carousel stand out?

First of all, the interface is much nicer than the Dropbox app, it resembles the standard gallery on iOS, except it’s much easier to navigate (in my opinion).  A horizontal scrollbar at the bottom of the screen lets you quickly zip between dates, or you can pull the page up and down to be more specific.  Photo’s are organised quite neatly into events, and a share button next to the date lets you share these to anyone else with a Dropbox account.

Once you share your photos with someone else (or they have shared their photo’s with you) they will automatically be added to your gallery, so you can merge collections of photos together.  You can add messages to your shared photos and view them in the conversations screen which is accessible from a little speech bubble icon at the top of the page.

Because Carousel is basically a skinned version of Dropbox, you keep everything that is already held within your Dropbox account, so there’s no extra accounts to manage, it’s all held quite nicely in one place for you.  The other benefit of this over iCloud is that you can easily share your photos cross platform, rather than just iOS to iOS.

It’s completely free to download, but just like Dropbox there are limits to the amount of free storage you’re entitled to, upgrades can be bought through the app if you do run out though, or if you already pay for a bigger account, you can just use that.

I really like Carousel, but that’s because I use Dropbox to backup all my photo’s anyway.  If you use an alternative backup method, this may be less appealing to you.  If however you’re happy with the level of service you get from Dropbox, you’re just looking for a nicer interface then give it a go.