App of the Week 12th May 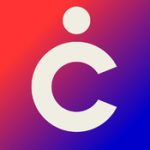 Any early iPhone adopters will remember Hipstamatic, the original Instagram.  It gave users an (arguably) better selection of filters than Instagram and had it’s own network for sharing them within.  Hipstamatic’s downfall was in its pricing however, Instagram was a free app and despite not having as much variety, people flocked towards it over paying £1.49 for the original.  Since then Instagram was bought by Facebook for $1bn and most people have no idea what Hipstamatic is.  Despite this, Hipstamatic is still going and have launched Cinamatic, an auto correct nightmare and an app for applying filters to video.

Considering Instagram stole their glory before, it’s quite understandable that Hipstamatic might want to release a new app to try and steal it back.  Cinamatic however doesn’t do that, instead it complements Instagram (and Vine) by allowing you to record and edit video but only upload it to those social networks, rather than it’s own proprietary one.

Anyone who’s ever used Instagram or Vine will be right at home here, the top half of the screen is filled with what is currently viewable through the camera.  The bottom half of the screen has the very familiar hold to record button with a dial surrounding it to show you how close you are the the 15 second limit on recording.

Once you’ve got your footage you can apply a whole host of more complicated and detailed filters than you can get through Instagram.  Rather than soft tones, think retro film complete with cigarette burns and a filter to make your video look like something out of The Ring.

All of this sounds great, certainly the sort of thing that people would snap up in a flash, however there’s a snag.  Cinamatic costs £1.49 to download again and only comes with 5 stock filters, each filter after this costs an additional 69p, or for £1.49 – £2.49 you can get a pack.  This is a risky move, people are becoming more reluctant to pay for apps especially when there is a free option already available.  Admittedly, the free option doesn’t provide people with as many options as Cinamatic, but how much of a price will people put on being able to apply filters to video before sharing them with their friends.