App of the Week 27th May 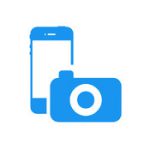 We like to look at all sorts of apps when we’re deciding what should be app of the week.  We’ve had all sorts of apps in the past and our last three picks were the new release from FourSquare, the revival of Hipstamatic in video form and an alternative to Moves.  This week though we’ve found an app which isn’t going to disrupt the app world, but just a really neat tool for anyone who takes a lot of screenshots on their phone.  It’s called Screenshotter and it’s an app for just that, sorting all of your screenshots into one place.

Developed by the people at Cluster, whose flagship product is an app for sharing photo’s between groups of people.  Screenshotter is the polar opposite to that, rather than creating a network for sharing photos with your friends, it segments your screenshots to a an away from the rest of your photo’s.  When you first open the app it will ask for your permission to access camera roll, once you’ve tapped yes it will work straight away, there’s no need to create a user account or provide any other details, which is nice.

Once you’re in, your screenshots are displayed as a thumbnail and you can flick through them before tapping on one to view it full screen.  If you want to keep things organised, folders are really simple to create and add to. Because of the way iOS photo properties work, you can’t delete photos from within Screenshotter, but you can archive a screenshot so it won’t appear within the app again.  If you want to share a screenshot or two from within the app you can quite simply select as many as you want to share, hit the upload button in the right hand side of the nav bar and SMS, email, Tweet or Facebook it out to your network.

That’s really all there is to the app, it’s a great tool for anyone who takes a lot of screenshots (developers would be the best example) and needs to keep them separate from the rest of the photos stored on their phone.  It’s a service which Dropbox already makes available for a Mac on desktop, so it’s actually quite surprising no one has ever thought of including it on iOS before.