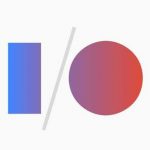 A few weeks ago, we took a look at everything that took place at Apple’s WWDC 2014.  The event had a load in store for developers, while making notable changes to OSX and some minor tweaks to iOS for end users.  This week was the Google equivalent event – Google IO 2014, it would only be fair if we took a look at both of these developer conferences so here’s a roundup of everything that took place in San Francisco this week.

Google unveiled their new mobile operating system Android 5.0, with their first ever preview look at a new operating system.  One of the biggest announcements is the introduction of Real World Design, a process which will give the appearance of greater depth with displays.  It works on a grid based system, making it easy for developers to create a design for one screen size and easily port it across to another.

There are also some big changes to the way a user unlocks their device, it’s being introduced under the moniker of Personal Unlocking and looks at things like Bluetooth, location and even voice print.  This is presumably to make it easier for a user to unlock their phone when combined with wearable devices, which nicely leads us on to¢â‚¬ ¦

We talked about this before a while ago, but this is one of the biggest announcements regarding the operating system for wearables.  Android wear will support a round or a square faced device, be ‘always on’ to allow users to swipe across to interact with their notifications and interact fully with Android mobile devices.

Google plan on making Android Wear a system that complements a mobile device, by allowing you to use it to set reminders for yourself when using your phone wouldn’t be convenient or to receive notifications of incoming personal messages through SMS, Facebook or WhatsApp etc.

Three Android based Smartwatches will be available before the end of the summer, including the LG G, the Moto 360 and the Samsung Gear Live.  It’s worth noting that everyone expects Apple to launch their own smartwatch at the same time as they launch the iPhone 6, sometime before September.

Android also announced that they will be bringing Android into your car with Android Auto, your TV with Android TV and pretty much everywhere else with a new slew of Chromebooks and a budget Android Smartphone aimed at emerging markets.

If you’d like to watch the full Keynote event for more details of all these features, you can do so at the Google IO  2014 page.  Interestingly there was no mention of Google Glass, or Google Plus at the developer conference, two Google products which have come under quite harsh fire over the last few months.