MixRadio Breaks Away From Microsoft Mobile 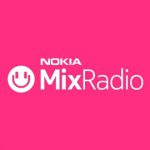 Music streaming apps are not new, there are plenty of them available in the Apple App Store,  and Google Play. One you may not have heard of though is MixRadio it’s an alternative to Spotify, Beats and Pandora (US, Australia and New Zeland), that was originally intended just for Nokia devices.  Microsoft today announced, amongst other big cuts, that MixRadio is to become a standalone company, giving them a chance to branch out to availability on iOS and Android.

When the service first started it was called Nokia Music and the functionality was different from the common “on demand” style, searching for a specific song was not possible. Instead,  MixRadio offered playlists with songs of certain theme or genre, allowing people to discover new songs within the style they were already listening.

The basic app is free with no adverts, but a premium upgrade option for £3.99, gave users better sound quality and more functions like skipping as many songs as you like or caching playlist on  devices for offline playing.

There are no official figures regarding usage of the app, but according to their chief, Jyrki Rosenberg, the app has “million of happy customers” in the 31 countries MixRadio is available. Now that they’re an independent company, it only seems logical they should try to spread their service to other platforms to boost these usage figures.

The main reason for the spin-off is Microsoft’s recent decision of working with external partners instead of running their own services.

While MixRadio has some competitors that offer personal radio like Pandora and BlinkBox, the biggest difficulty is going to be finding a place among bigger apps like Spotify, Deezer, Rhapsody/Napster and Beats Music, in which the personal radio is just one of the many functionalities they have.

We’ll see if this expansion project finally is successful or the competition is too hard in a sector already quite saturated by other companies and apps.