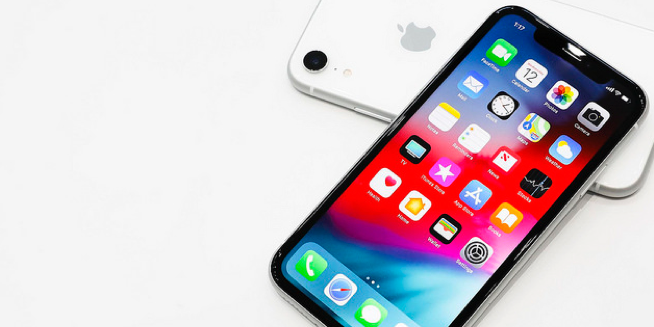 It’s that time of year again. No, not Halloween or preparing for the festive season. Apple’s officially launched its’ long-awaited update, iOS 12. Apple’s latest mobile operating system officially launched 31st October 2018. The update means that we, as mobile app developers, should be preparing ourselves for the creative possibilities iOS 12 can produce. Optimising and ensuring all our apps run smoothly with the launch of iOS 12 is paramount. The launch of iOS 12 means as app developers, we get to enhance our consumers experiences with our iOS apps.

Whether you’re using your iPad or iPhone, iOS 12 has been enhanced the quality of iOS devices, making them faster and more responsive, in order to create better experiences. In this article, I’ve highlighted the most prominent improvements that will impact mobile app developers, on a daily basis.

Unfortunately, mobile app developers have been previously confided to a restricted creative box, due to the limitations previous iOS software had. For example, Apple’s voice assist, Siri, had restricted app developer’s creativity and ingenuity, by limiting them to a standard set of features, like adding items to your shopping list or requesting a taxi ride.

On the brightside, this has changed because of iOS 12. One of iOS 12’s touted features are Siri Shortcuts. Siri shortcuts will allow app developers to explore certain app functionalities within Apple’s voice assistant. Siri Shortcuts allows iOS users to create shortcuts within apps using their own voice commands. For example, users can create shortcuts for ordering their morning coffee or shortcuts for their music playlist. The possibilities are endless! And that is exactly the point! As app developers, this is our golden opportunity of creating more. The possibilities are truly endless, the creation of a new market is at our fingertips.

However, the only issue with Siri shortcuts is, as developers we’d have to create awareness to our users about activating the shortcut themselves within our apps. This would mean users would have to go into their shortcut settings, find the shortcuts we’ve developed for our apps and activate them. Nonetheless, this is a great step for app developers. It’ll enable us to be more creative and utilise Siri a lot more with our apps.

As I mentioned above, the new iOS 12 is geared for app developers to push the envelope and use their ingenuity to the max. Another enhancement iOS 12 has blessed app developers with is ARKit2. ARKit works through a technique called visual-inertial odometry. Using iOS devices cameras and motion sensors, ARKIt finds a bunch of points within the environment and tracks them as you move. ARKit 1.5 supported 2D image detection, allowing the user to trigger an AR experience based on 2D images. A great example of this is when Snapchat created AR experiences for its users, using their BItmoji’s. ARKit 2 separates itself from its predecessor. ARKit 2 extends the functionalities of ARKit 1.5 and adds the ability to detect known 3D objects like furniture. The enhancements on ARKit 2 provide a beacon for app developers. The time to create is now.

Tradebox Media is full of creative developers, we can help you maximise the creative possibilities iOS 12 hold. For further details, feel free to contact us.